Tomoe Kamita (嘉味田 十萌, Kamita Tomoe) is a supporting character in Seiren. She s the protagonist's only older sister and a student of class 3-A at Kibito High School.

Tomoe has the personality of an air-headed idol who naturally charms others that she is very popular at her school because of it. 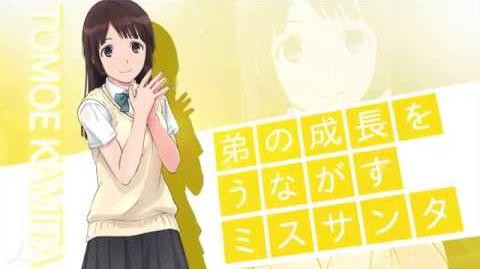 This article is a stub. You can help Amagami Wiki by expanding it.

Retrieved from "https://amagami.fandom.com/wiki/Tomoe_Kamita?oldid=7140"
Community content is available under CC-BY-SA unless otherwise noted.