Tooru is a "critical upperclassman" who is in Class 3-A at Kibito High School. Tooru loves video games, and her skill at them is strong enough to participate in tournaments. She is good with her hands, and her hobby is to make original goods. Tooru isn't very good at talking to other people, so she has a hard time talking with people who don't share her hobbies.

Tooru gets to know Shouichi Kamita by chance - one time, while Tooru walks down the stairs, she overhears Shouichi's conversation with his friends, Ikuo Nanasaki and Tatsuya Araki. who were playing the same game as Tooru, Love Deer. She decides to play with them. Shouichi is immediately entranced by her gaming prowess and strives to become her equal, staying up late to increase the stats on his deer.

As Toru becomes acquainted with the boys, they unexpectedly end up at karaoke, at the behest of Tatsuya's suggestion. As Ikuo and Shoichi worry because the only songs they know are anime openings and OSTs, Toru performs an anime song, oblivious to their worries. The conversation at karaoke gradually moves towards a new game MILIBUN that will be released soon and they make plans to play together in their usual spot.

After some time, the day comes they had planned to play Milibun. Because of some mishaps, the their team in Milibun ends up dying pretty early, and so they lose. Tooru is sad that the boys may dislike the game now because of an unpleasant loss, but they are actually eager to play more. She thinks to herself how wonderful playing in a group is and is reminded of her middle school years.

After school, they head to an arcade where Tooru reignites her passion for a mecha game called Gusgal, and she asks Shoichi to be her partner, hoping to play competitively again. Shoichi is delighted at the prospect and they go home. Later that evening, as Tooru is bathing, she smiles at the thought of playing Gusgal again, only to be interrupted by an out of view older boy who is telling her to hurry up and get out of the bath. The last scene the viewer sees is him approaching the bathroom door while taking his clothes off. Tooru gets up from the bathtub in agreement.

Shouichi approaches Hikari Tsuneki about the arcade altercation the other day because he is worried about why Tooru is not coming to school. He tries to pry into Tooru's past which Hikari does not approve. Shouichi learns that those two girls were part of a gamer club in middle school. Tooru was a beast. Not only was she was above her male friends in gaming, she was superior in every other way, including grades and sports. Because of that, Tooru crushed their egos, rejected all their advances, and she was left all alone in the end. This is what Hikari meant the other day at the arcade when she implyed that Shouichi's gaming group would also disband the same way.

Shoichi makes a bold claim about never ever distancing from Tooru and calls to check in on her. Apparently, she has been playing the Gusgal game on console instead of going to school. She invites him to play at her house after school since both Tatsuya and Ikuo have to clean the rabbit pen. When Shoichi arrives at her house, an older guy invites him in. This turns out to be Tooru's older brother, Souta Miyamae, who is the person who introduced Tooru to gaming. Also, Souta is the strict cram school teacher who is afraid of modern high schoolers. Souta shows Shoichi a video of a cute grade school Tooru winning a competition and receiving a console as a prize.

Shoichi and Tooru eventually go to her room to play Gusgal. Not surprisingly, as soon as he walks in, he thinks to himself about how the smell of her sweat is turning him on. Tooru suddenly has insecurities about how much she is leaning on Shouichi to play games with her. She reflects on how much her gaming has been worrying her brother and Shoichi, ultimately deciding that she wants to take a break for a while. Since that day, Shouichi has been alone with the rabbit stuffed toy. Suddenly Tooru shows up and asks him to help her at ComiMa (comicon) and they end up asking each other out. 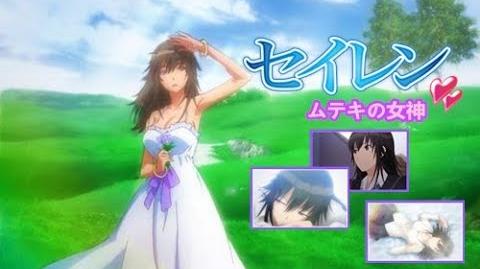 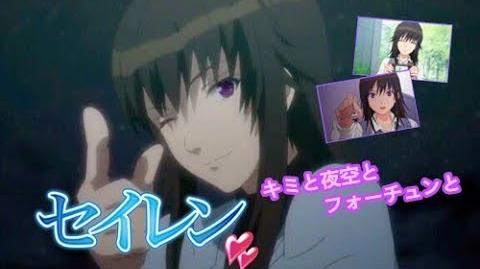 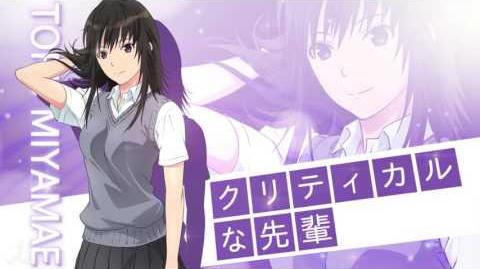 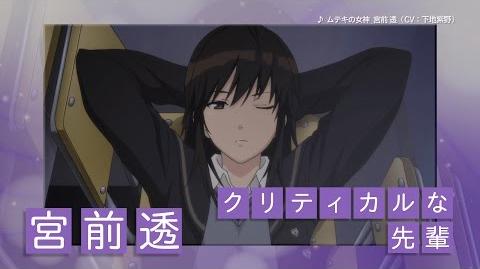